I was born in the South, raised, here, and probably will pass away here unless they open up Mars.  As a young boy in the late 70’s, I was introduced to cars, cbs, and Beaufort T. Justice by one man.

He was a mainstay in my life, and faded away only to be revived by a friend of mine in high school who while he had the flu, edited together every burnout done in the Smokey and the Bandit movies. It was glorious. Fueled by Sunoco racing gas and testosterone, we all tried to replicate it.

I also was a big fan of Cannonball Run, having a lifetime subscription to Car and Driver at an early age, I knew of Brock Yates and his exploits in the sea to shining sea rally.  It  the first movie I ever got to see the blooper reel, and it looked like he and Dom DeLuise had so much fun riding around in a souped up ambulance with Farrah Fawcett. Cars, women, a fantastic sense of humor with a brillant mustache to boot, what would you say about an American legend? Besides he brought his dog when he got a star on the walk of fame: 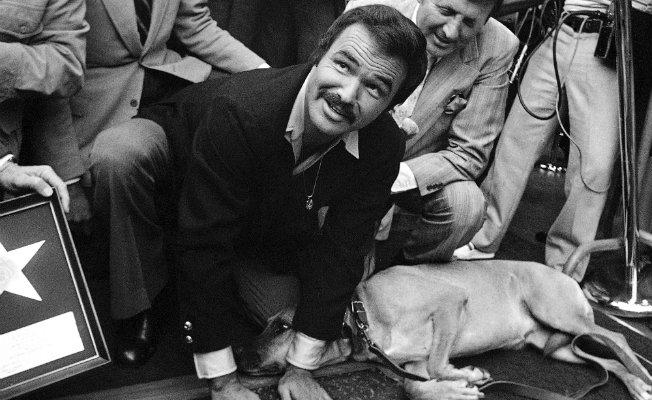 This guy.  He has left us, pulling away in his Trans Am to forever enjoy the folly of his youth,  he joins his friends and actors for what can only be the best seat in the honkey tonk for tales of fun and hijinx while on movie sets.  Let us all raise a toast to Burt Reynolds, or how he has always been known to me,  The Bandit.

How to make it:
Muddle 4 raspberries with agave in a cocktail shaker. Add the gin, mezcal, lime juice, and bitters. Shake with ice and then pour in a liberal shot of ginger ale. Strain into a double old-fashioned glass filled with crushed ice. Garnish with the lime wedge and the remaining raspberry.